A lovely Coral Gables estate I was engaged to appraise recently had this quite impressive green painted inkstand which I initially believed to be painted tole. Closer physical examination along with my colleague Larry Sirolli who was formerly head of the English Furniture Department at Sotheby's in New York led to the realization that the material was in fact horn. It's almost certainly made in India for British consumption.

Stylistically this piece is assertively Regency and very much in the tradition of the shamelessly riotously exuberant style of Regency that predominated at Brighton Pavilion made for George IV when he was regent.  It dates from about 1825. However Mr. Sirolli was of the opinion that the green painting was of a later period dating about 1930. It measures 18 inches high, 17 inches wide and 11 inches deep. 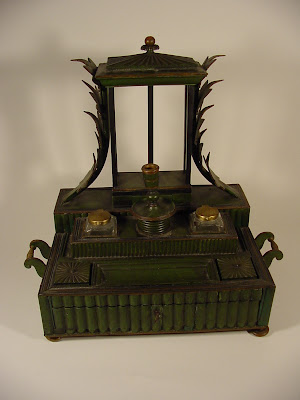 The open area of the frame above has a blotter which runs on the rod and which is pulled up by a knob surmounting the pagoda inspired lid. 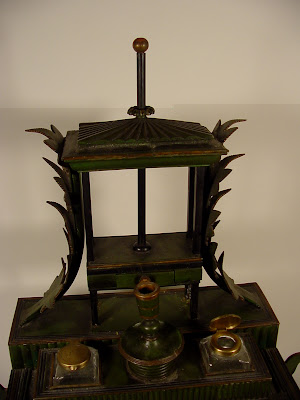 It also has a candle holder and other standard accoutrements such as inkpots and other small drawers and secret compartments. 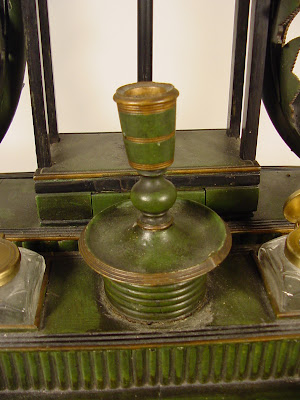 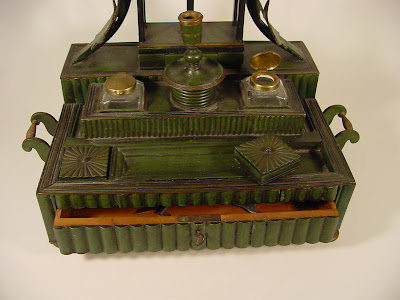 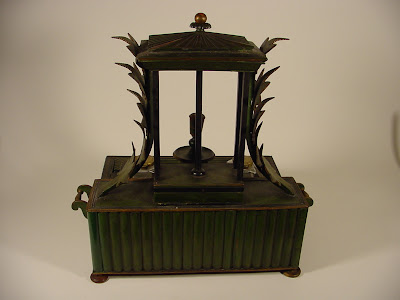 Posted by The Curious Connoisseur at 2:04 PM